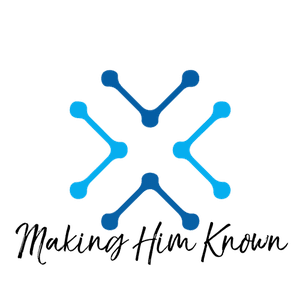 Follow along with the latest message from CHURCH at Denver “After these things had been done, the officials approached me and said, ‘The people of Israel and the priests and the Levites have not separated themselves from the peoples of the lands with their abominations, from the Canaanites, the Hittites, the Perizzites, the Jebusites, the Ammonites, the Moabites, the Egyptians, and the Amorites. For they have taken some of their daughters to be wives for themselves and for their sons, so that the holy race has mixed itself with the peoples of the lands. And in this faithlessness the hand of the officials and chief men has been foremost.”

“As soon as I heard this, I tore my garments and my cloak and pulled hair from my head and beard and sat appalled. Then all who trembled at the words of the God of Israel, because of the faithlessness of the returned exiles, gathered around me while I sat appalled until the evening sacrifice. And at the evening sacrifice I rose from my fasting, with my garment and my cloak torn, and fell upon my knees and spread out my hands to the Lord my God”

“While Ezra prayed and made confession, weeping and casting himself down before the house of God, a very great assembly of men, women, and children, gathered to him out of Israel, for the people wept bitterly. And Shecaniah the son of Jehiel, of the sons of Elam, addressed Ezra: ‘We have broken faith with our God and have married foreign women from the peoples of the land, but even now there is hope for Israel in spite of this. Therefore let us make a covenant with our God to put away all these wives and their children, according to the counsel of my lord and of those who tremble at the commandment of our God, and let it be done according to the Law. Arise, for it is your task, and we are with you; be strong and do it.”

“You shall not intermarry with them, giving your daughters to their sons or taking their daughters for your sons, for they would turn away your sons from following me, to serve other gods. Then the anger of the Lord would be kindled against you, and he would destroy you quickly.”

“Do not be unequally yoked with unbelievers. For what partnership has righteousness with lawlessness? Or what fellowship has light with darkness?"

﻿“But Ruth said, ‘Do not urge me to leave you or to return from following you. For where you go I will go, and where you lodge I will lodge. Your people shall be my people, and your God my God. Where you die I will die, and there will I be buried. May the Lord do so to me and more also if anything but death parts me from you.” And when Naomi saw that she was determined to go with her, she said no more.”

﻿“See that no one repays anyone evil for evil, but always seek to do good to one another and to everyone.”

﻿“Beloved, never avenge yourselves, but leave it to the wrath of God, for it is written, ‘Vengeance is mine, I will repay, says the Lord.’ To the contrary, ‘if your enemy is hungry, feed him; if he is thirsty, give him something to drink; for by so doing you will heap burning coals on his head.’ Do not be overcome by evil, but overcome evil with good.”

﻿“It was eaten by the people of Israel who had returned from exile, and also by every one who had joined them and separated himself from the uncleanness of the peoples of the land to worship the Lord, the God of Israel.”

﻿“But if the unbelieving partner separates, let it be so. In such cases the brother or sister is not enslaved. God has called you to peace.”

Services every Sunday at 10am